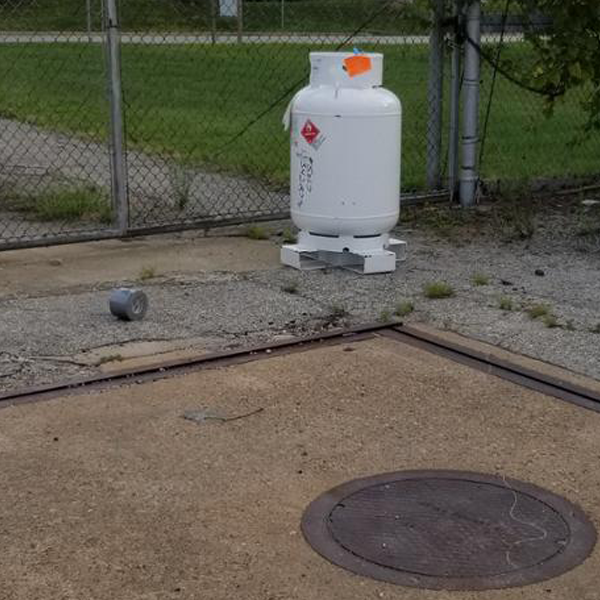 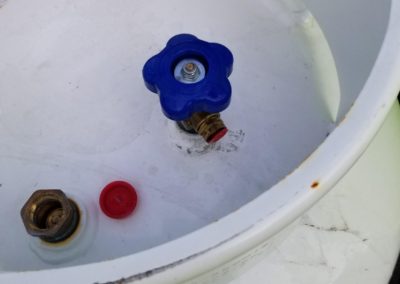 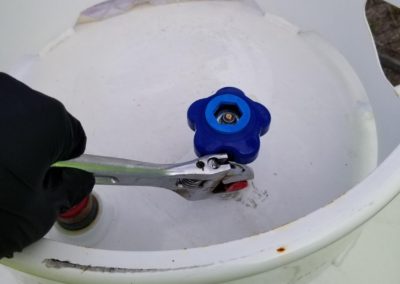 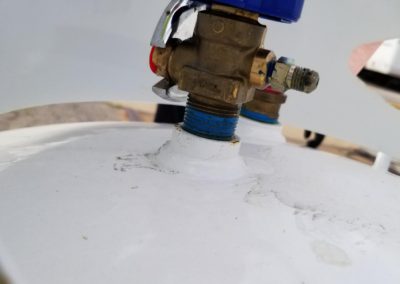 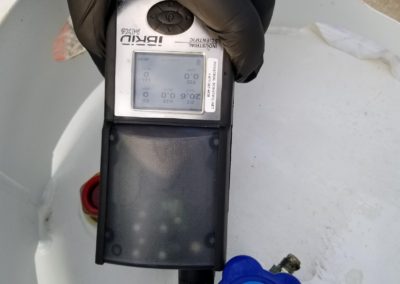 First Call Baltimore was contacted to respond to an incident involving a release from a compressed cylinder of a UN3501 Flammable Adhesive. Another contractor had been involved in the incident from the start, however, our customer was not trusting of their methods to properly assess the cylinder. Our customer soon realized why we should be their First Call.

First Call Baltimore led by the Area Manager Eric Bosak approached the cylinder and performed a visual inspection as well air monitoring. The cylinder had been removed to open air prior to the arrival of the First Call team.
The team noted that readings for volatiles was heaviest near the cylinder valving. Further inspections were unable to pinpoint the source of the leak. The team utilized non sparking tools to confirm all fittings were tight. One half turn of a wrench and the source was determined to be a loose pressure relief fitting. First Call crews continually monitored the fitting over a thirty minute period to confirm that the leak was stopped. All surfaces were wiped down and the cylinder returned to the transporter.