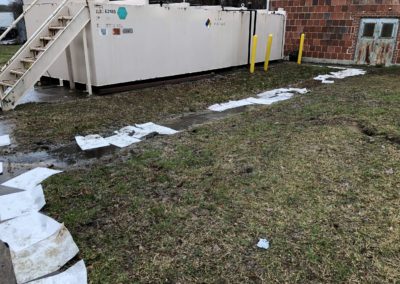 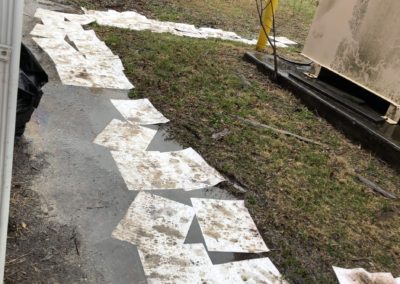 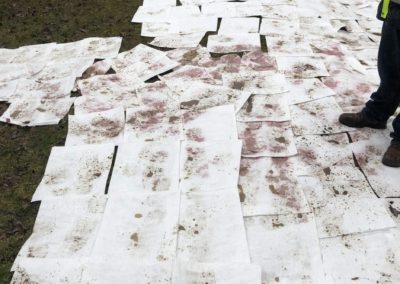 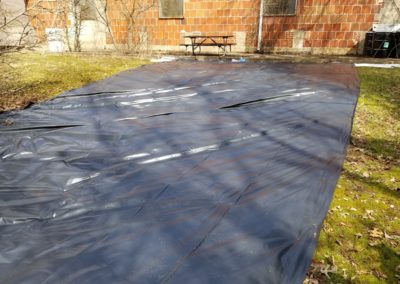 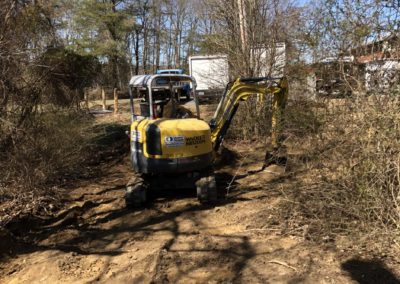 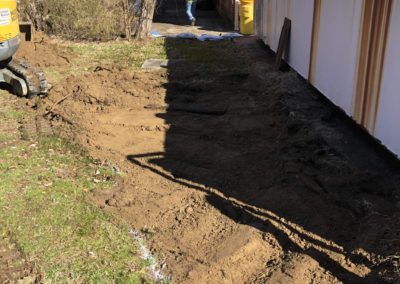 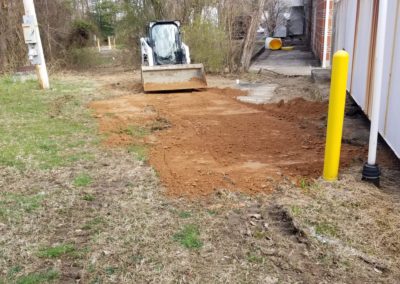 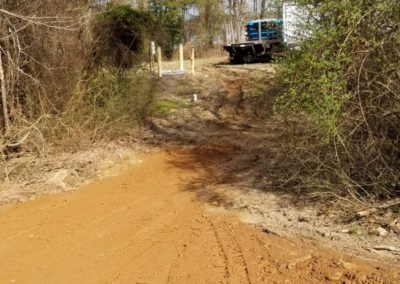 First Call Environmental’s Baltimore, Maryland location responded to the Aberdeen Proving Grounds in Aberdeen MD for a release of heating oil due to a driver malfunction.  The release was estimated to be 200 gallons. Upon arrival, our crew was met by APG Police and Environmental Division who stated that the release was actually a 550 gallon loss. Crews deployed absorbent pads and boom due to heavy rain and the proximity to a nearby water way.  All free product was removed and the site was covered in poly to secure the area for a future remediation.  Our crew returned to monitor runoff and to perform the soil remediation.  Approximately 75 tons of contaminated soil was removed and disposed of from the site. Crews had an ordinance team onsite during the remediation to sweep for ordinance and stand by while the remediation was performed.  The site was fully restored to pre-spill conditions with backfill being added which was then covered with grass seed and straw matting.

This was just another fine project completed by the First Call Environmental Team!  Let us show you the “First Call Difference.”