September Project Spotlight – A River, Of Diesel, Runs Through It 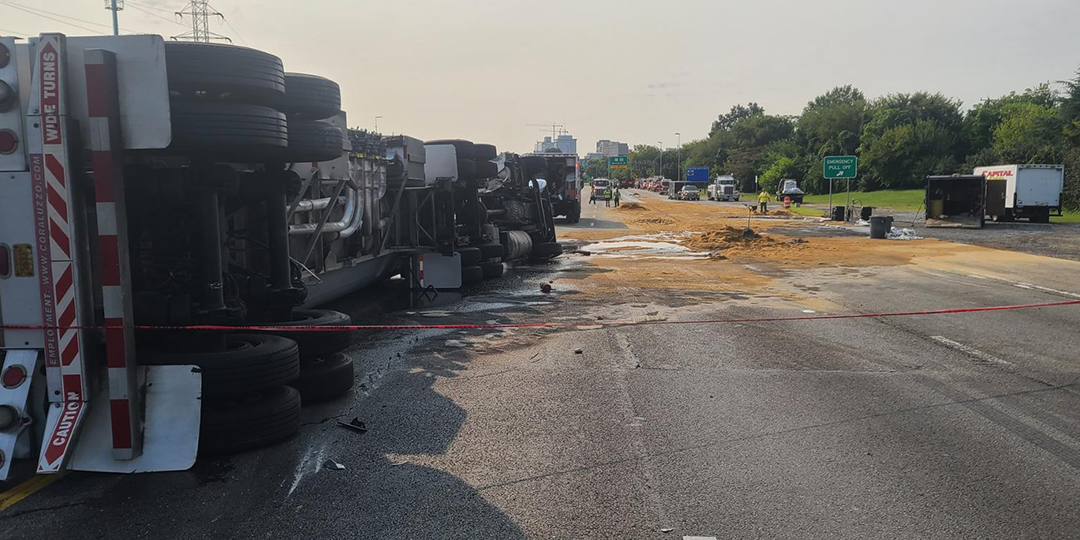 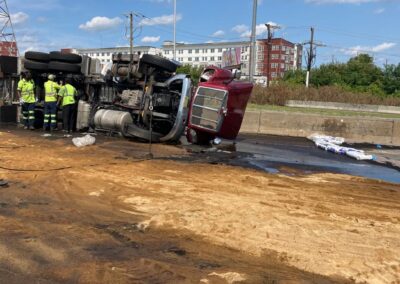 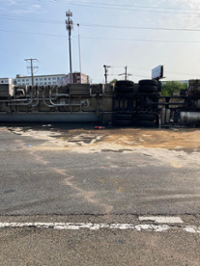 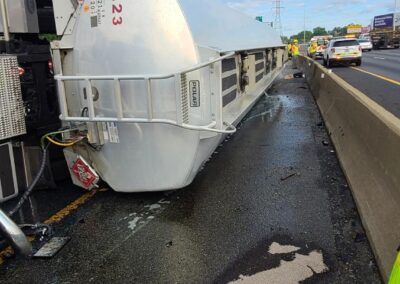 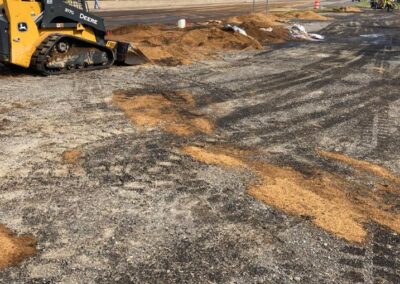 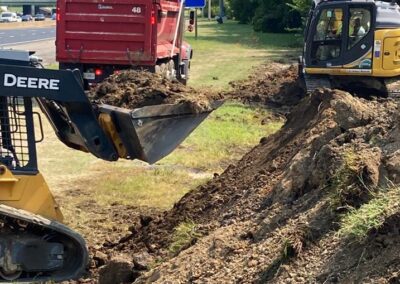 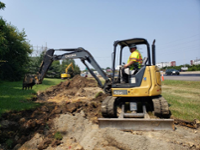 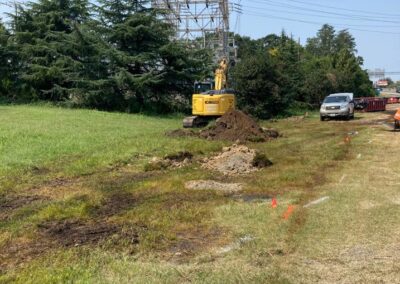 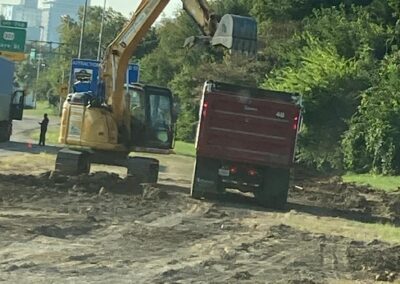 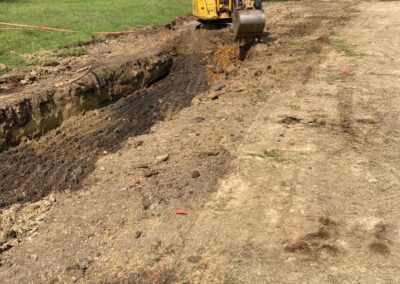 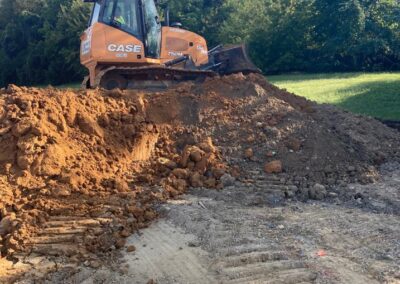 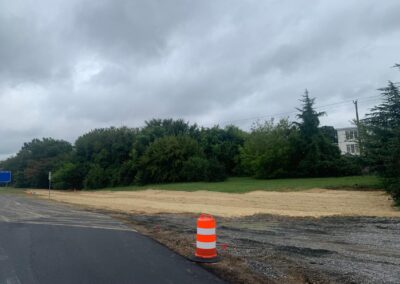 In the early morning of September 11, 2021, First Call Environmental received a call for service regarding an overturned tanker on interstate I95 Southbound in the heart of Richmond, VA. Initial reports estimated approximately 4500 gallons of diesel released onto the roadway, shoulders & storm drains possibly impacted.

FCE dispatched a response crew from our Ashland, Virginia location and arrived on site in less than 30 minutes. Upon arrival the early reports of a 4500 gallons release soon grew to almost a total loss of the 7500 gallons onboard the tanker truck. Responding EMS & VSP described the scene as a “river of diesel” flowing across all lanes of traffic onto the shoulder and eventually settling along a ditch line approximately 500′ from the point of release.

The responding crew realized the magnitude of the incident and immediately requested additional support. This call would put FCE’s hub & spoke model to the test when additional resources and manpower are needed. And as always, the support was just a call away. The Central Regional Manager dispatched additional teams and equipment from our Ashland, Dinwiddie & Stafford Virginia locations.

As the event unfolded logistics proved to be the play of the day. Coordination with all stakeholders including First Call, local, state and federal agencies was paramount to the success of this project and is a shining example of the First Call Difference.  By the end of the first day of the project over a 1/4 mile of interstate was repaved, 200 tons of impacted soil stockpiled, appropriate site protection put in place to contain the release and protect further impact to the environment.

Over the next few days FCE would remove and properly dispose of an estimated 500 tons of diesel impacted asphalt, gravel and soil during the site remediation. All areas were backfilled with the appropriated materials, compacted, fine graded, seeded and erosion control placed.

FCE thanks all it’s partners that made an unfortunate event a success by protecting the environment and the residents of the City of Richmond, VA.