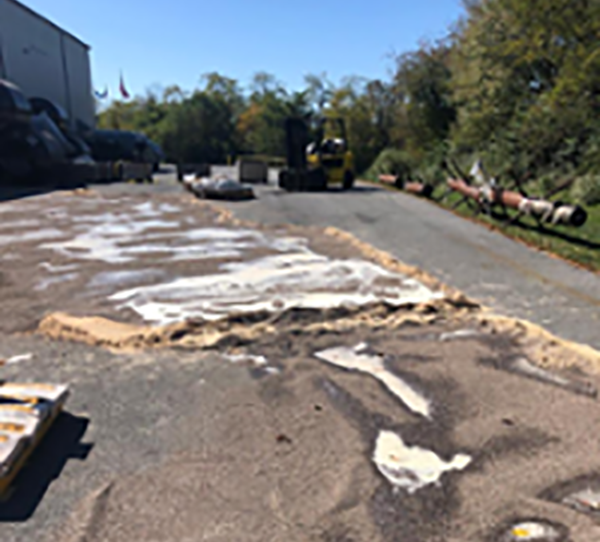 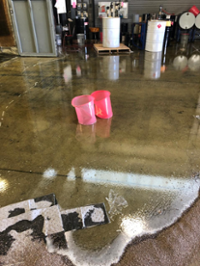 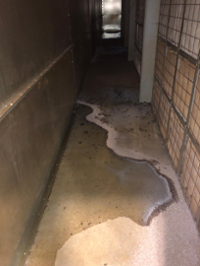 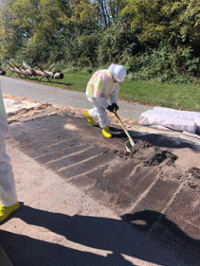 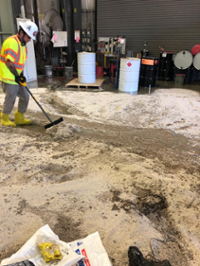 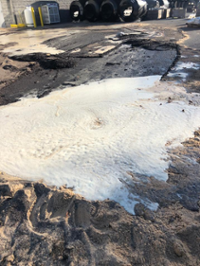 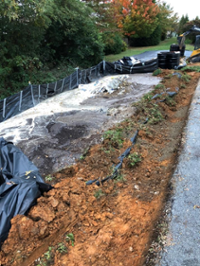 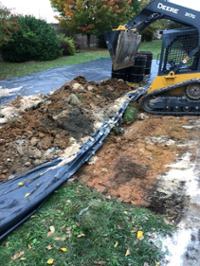 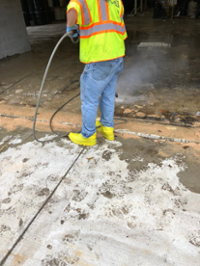 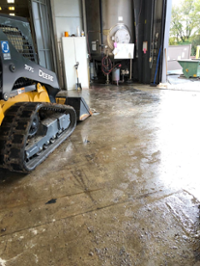 First Call Stafford, VA was recently requested to respond to an estimated 800 gallon release of a resin material impacting an inside production area as well as a paved outside area. The facility had placed sand on the release in order to contain it.

Upon arrival, the First Call area manager met with the facility manager to examine the release. It was noted that the material was beginning to expand and react slightly. The SDS was reviewed and the manufacturer was contacted to discuss the curing process and the duration of any reactions that may occur. The manufacturer explained that any moisture will cause the material to have an exothermic reaction as well as to off gas and expand. Placing the material into a closed container could result in a catastrophic container failure. The reaction began when the facility placed wet sand down for containment. It was estimated that this reaction could take up to 72 hours to complete.

In order to clear the impact area and allow the facility to return to production, First Call excavated an area of soil out of the way of production. A liner and containment was put into place and all collected material was placed into the containment pit. The pit was excavated so that there was room for the material to expand without breaking containment. Once completed, the area was loosely covered in order to allow for off gassing. After the reaction process was complete, the material had reacted and cured allowing for an easy removal and load out for disposal.

With an outside the box approach, First Call was able to mitigate the release and return the facility to production quickly, safely and efficiently. For more information on adding First Call to your emergency plan, contact us at 800-646-1290.