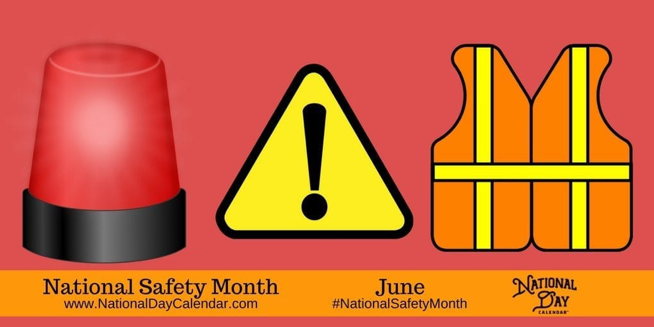 Each week throughout National Safety Month in June is an opportunity to make a difference in your home, work, and community.

Identifying risks around the home or improving safety standards at home and in your community protects everyone. Whether we increase first aid and emergency awareness through drills or provide water safety tips for summer recreation, we’re taking steps to provide a safer neighborhood.

Visit the National Safety Council website for tips and resources and use #NationalSafetyMonth to share on social media.

According to NSC, three times as many employees are injured off the job than while at work. NSC also noted that unintentional injuries and deaths in the United States remain at “unacceptable levels” – an estimated 126,100 unintentional deaths occurred in 2010, compared with approximately122,700 the previous year. Furthermore, the cost of unintentional injuries to Americans and their employers exceeds $730 billion nationally, or $6,200 per household, and causes great suffering for individuals and their families.

“Now is the time for employees to bring home the safe practices they learn at work to share with their family and friends,” said NSC chairman.

Throughout the month, NSC also will promote the Presidential Active Lifestyle Award Plus challenge to motivate participants to make physical activity and healthy eating a part of their everyday life – critical elements to overall wellness.

Today, all 50 states have laws that make unsecured loads illegal, says AAA, with fines that range from $10 to $5,000. But only 16 states list jail time as a possible punishment for offenders, and only 11 states impose fines above $500.

Robin Abel’s 24-year-old daughter, Maria Federici was nearly decapitated when a piece of particle board escaped from the back of a rented trailer and broke her windshield and crushed every bone in her face. “At first, they told me she wouldn’t survive,” Abel said as she too broke into tears. “I donated her organs that night, and then they called and said ‘come back; she’s still alive.’ “

Education is also a big part of Abel’s crusade. Using the slogan “Secure your load as if everyone you loved were in a car behind you, “she successfully petitioned to have an educational module added to the Washington State Driver’s Guide. It will soon be used as a model for driver’s education programs in all 50 states.

Abel’s grass-roots movement is made up of survivors and family members of those who were victims of unsecured loads. Much of the safety message is common sense, if only people would stop and ask themselves these simple questions:

• Have I overloaded my vehicle or trailer?

• Have I tied large objects directly to the vehicle?

• Is the entire load secured at the back, sides and top with rope, netting and straps?

• Is there any chance something might fall or blow out of my vehicle?

• What would happen to my load if I hit a bump, had to brake suddenly or was hit by another vehicle?

• Would I feel safe driving behind my secured load?

If you think these terrible tragedies are freak accidents, think again. According to a new study by the AAA Foundation for Traffic Safety, road debris played a role in more than 200,000 crashes reported to police from 2011 to 2014, killing more than 500 people and injuring another 39,000. AAA says that’s a 40% increase since 2001, when the foundation first studied the problem. The AAA numbers echo a Government Accountability Office study from 2012. Based on data from the National Highway Traffic Safety Administration, the GAO found higher numbers: 440 deaths, 10,000 injuries and 51,000 incidents in 2010 due to accidents involving unsecured loads. 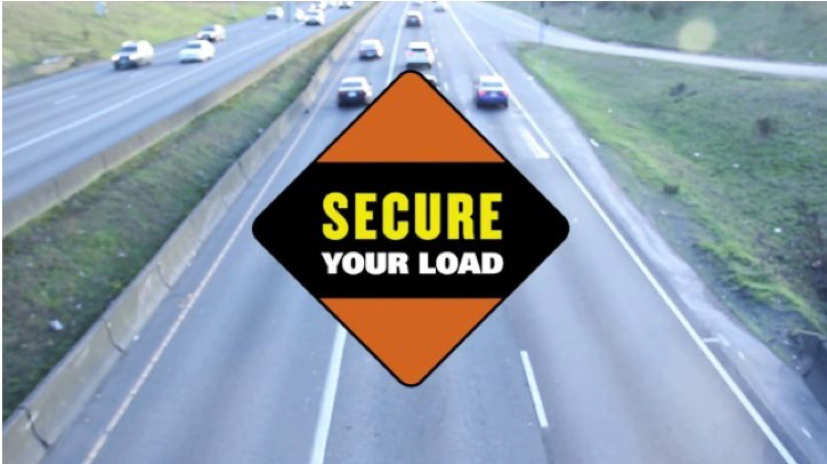