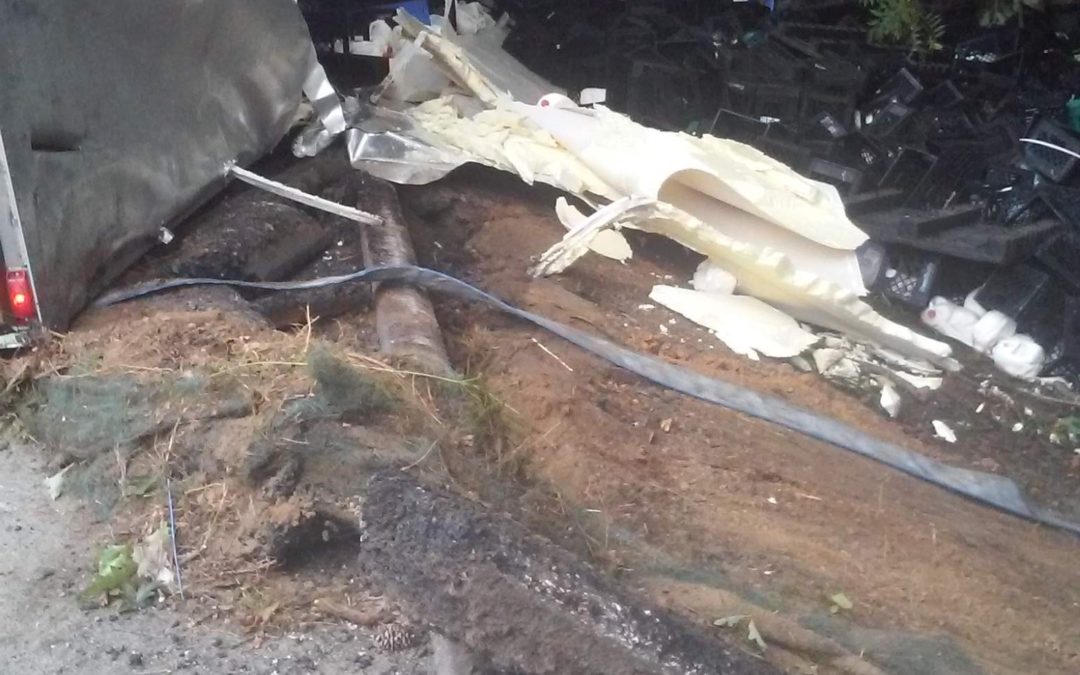 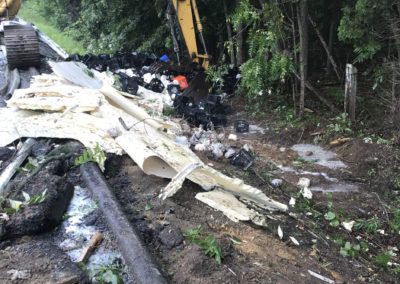 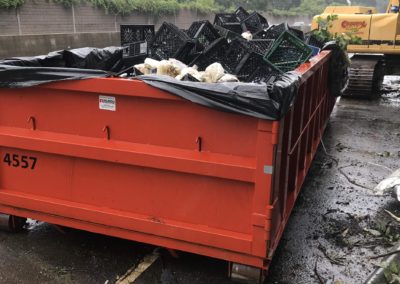 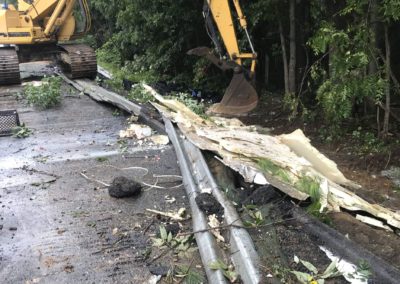 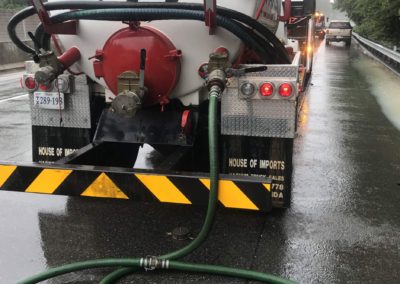 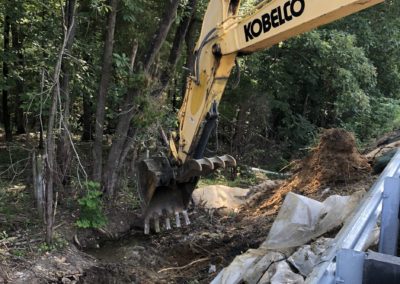 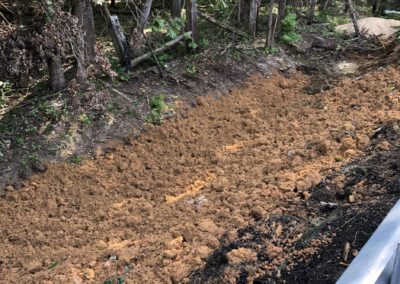 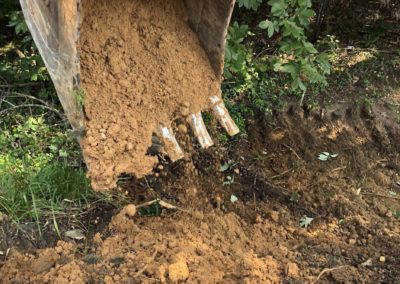 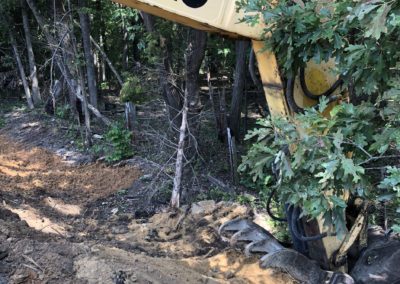 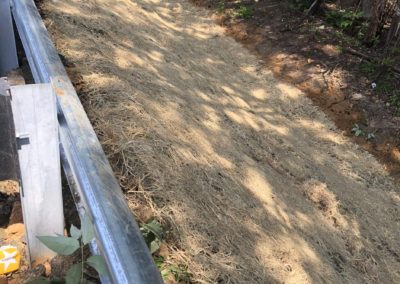 First Call Environmental was requested to assist with a tractor trailer that has crashed and exited the roadway into the woods. A breach of the saddle tanks had caused a large fuel release into the soil. The trailer had contained numerous small containers of milk. While attempting to remove the trailer from the woods, the roof of the trailer split releasing a substantial release of milk into the soil that had already been saturated with diesel fuel.