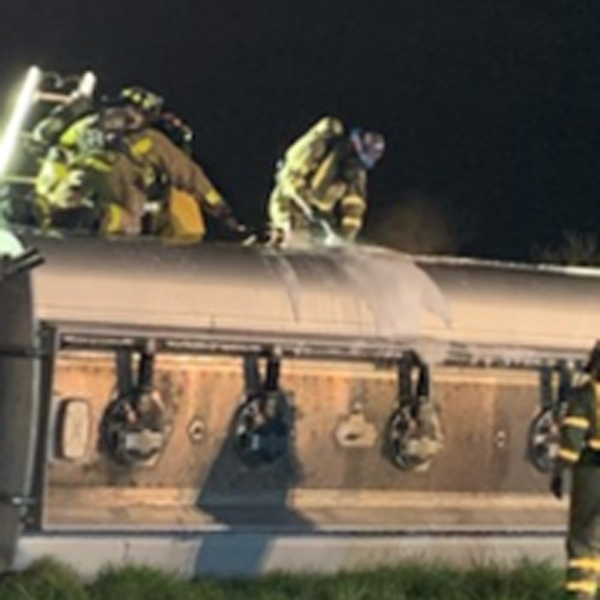 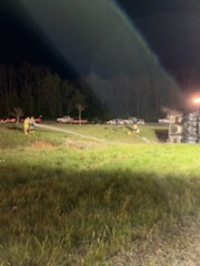 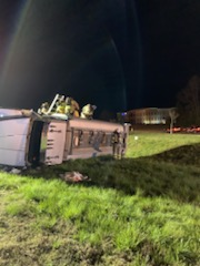 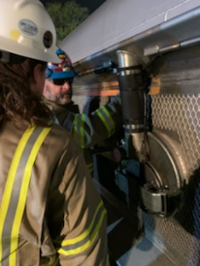 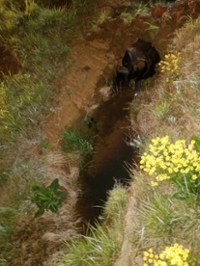 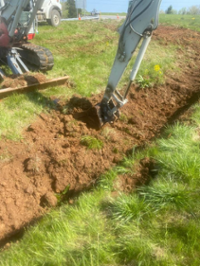 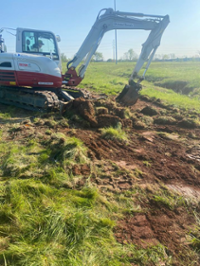 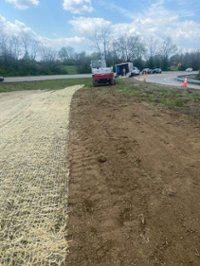 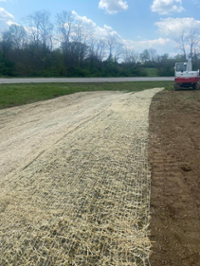 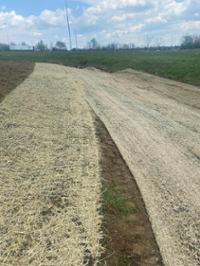 First Call Louisville, KY was contacted to respond to an overturned tank truck hauling diesel and gasoline. The tanker, a DOT 406 spec with multiple compartments had overturned in a median and was actively leaking from several compartments. The First Call team mobilized the proper equipment to perform a cold tap of the tank in order to access and recover the remaining product.

The First Call team established a grounding field and bonded and grounded all equipment. The team then accessed the tanker and air drilled the compartments. Upon drilling, it was obvious that a compartment failure had mixed the product. The team spoke to the customer and determined that the entire contents would now become waste due to this tank failure.

The tanker had leaked substantial product into the median and the State authorities had requested an emergency soil remediation. First Call mobilized earth moving equipment to the site and once the tanker was emptied and upright, began to remediate the site. Within several hours of the initial incident, the tank had been drilled, removed and the soil remediated.