A little fun and education at the FCE Quarterly meeting 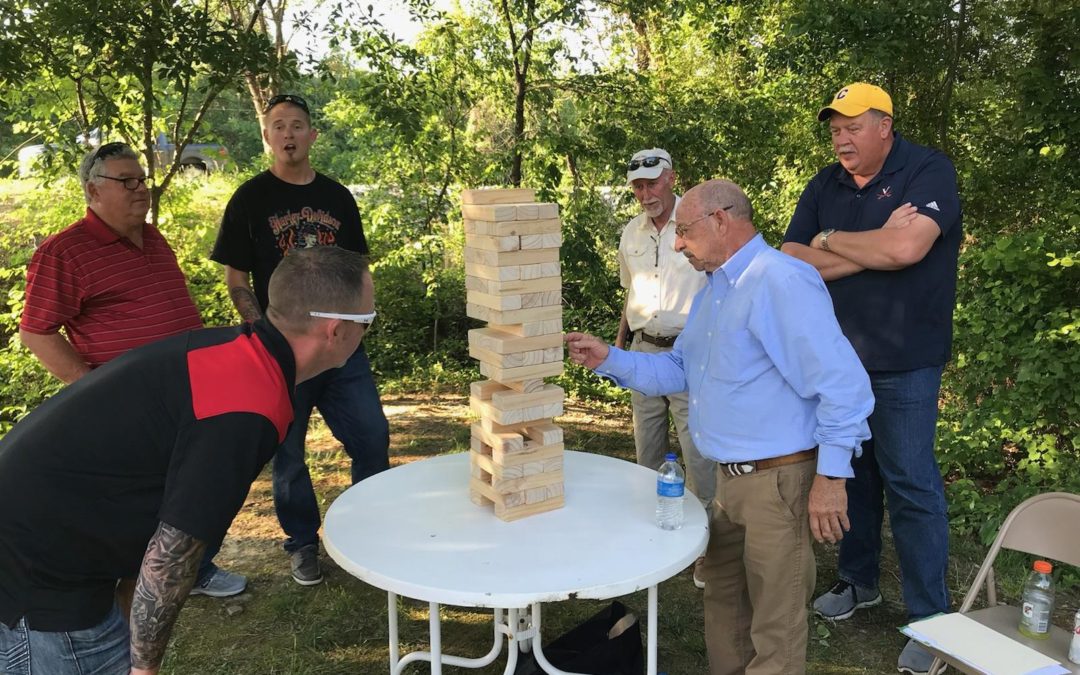 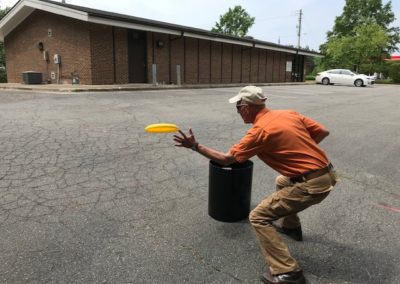 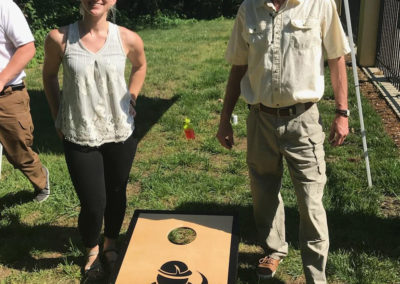 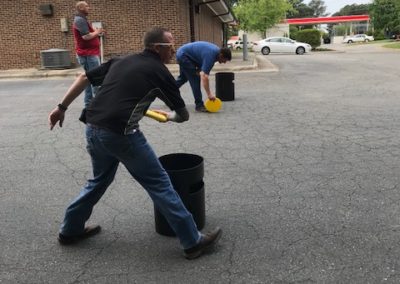 The First Call Environmental team met in Apex, North Carolina on May 7, 2018 for a little fun and education at the Quarterly meeting. Featuring a lot of good food, a little bit of training, some business development, and a ton of friendly competition, this meeting was one of the largest and most successful gatherings to date.

Three-person teams made up of members from our four regions (Western, North Carolina, Central, and Southern) as well as a team from the corporate office and a team of Project Managers competed in the inaugural Regional Challenge. The Challenge consisted of three games, Cornhole, Kan Jam, and Giant Jenga, played over the course of two days. The title of champion was awarded to the Western region represented by Wayne Mosely (Asst. Manager, Louisville, KY), David Dyer (Western Region Manager), and Mike Trivette (Asst. Manager, Roanoke, VA). More importantly, the entire First Call team had fun and participated in some interesting team-building activities.

In addition to the fun and games, the quarterly meeting also included a great deal of information and trainings for the team. Wade Williams, the VP of sales and Marketing, arranged for a guest speaker from one of our largest spill management companies to discuss customer service. Rick Pulyer, VP of Operations, conducted trainings on air-operated equipment and performing roadside soil remediation. Mark Helberg introduced the First Call Cares program, which will go live in July of this year (more information coming soon…).  The two day event was rounded out with Doug Morris, VP of Finance and Administration, and the rest of the management team conducting financial seminars, project management trainings and IT and business systems  implementation.

Overall, the general consensus was it was a very productive quarterly meeting with good people, good food, and friendly competition.