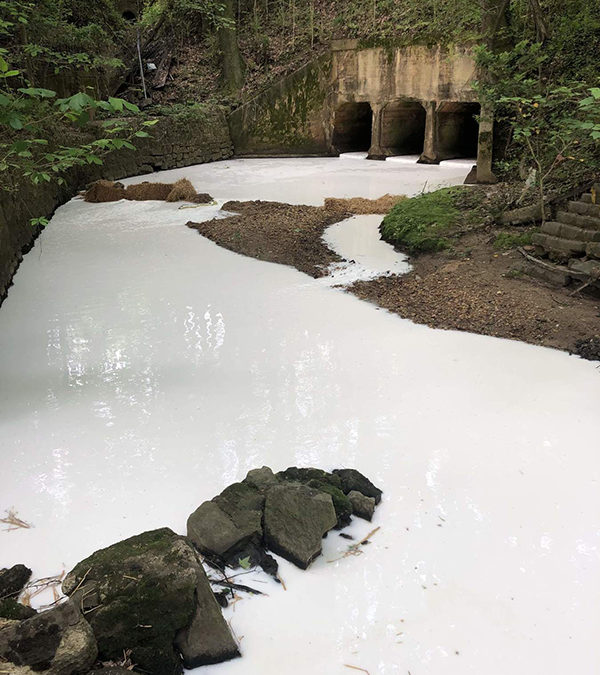 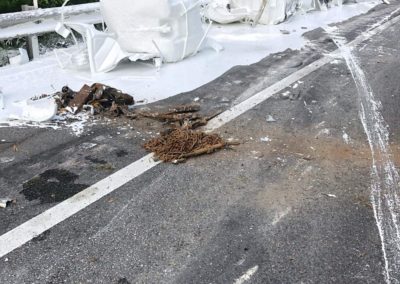 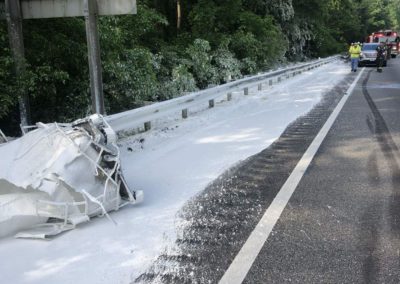 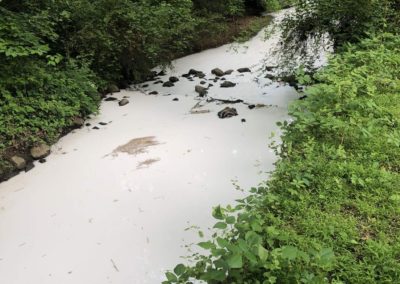 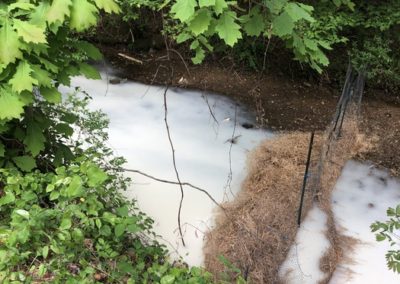 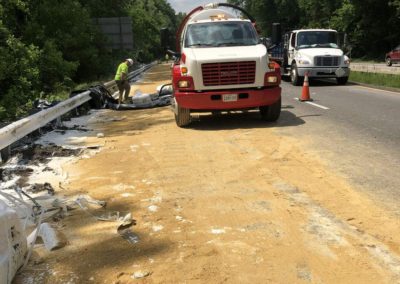 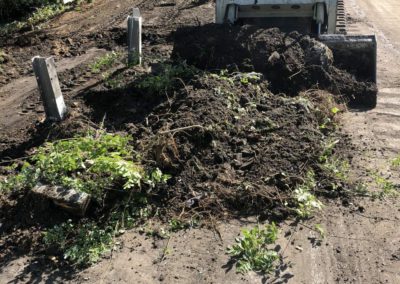 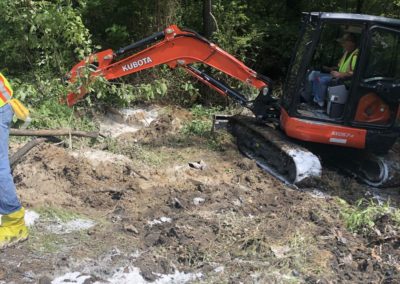 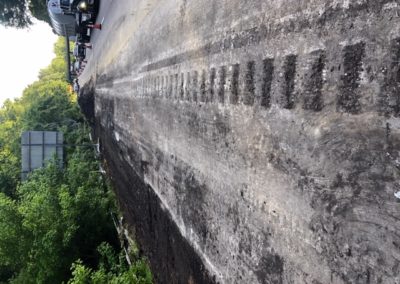 On May 1st, a tractor/trailer was involved in an interstate highway accident near Petersburg, VA. As a result, approximately 2,500 gallons of white paint had released along the highway pavement, shoulder, and flowed down an embankment, entering a large stream. Local and state authorities were onsite and requested immediate deployment of resources to mitigate the release.

First Call Environmental quickly responded to the incident. After meeting with onsite authorities and conducting a proper assessment of the incident, a plan of action was discussed and implemented. Simultaneously, workers began constructing containment of the flowing paint and began recovery. Reinforced straw barriers were placed in the stream to minimize flow while vacuum trucks began recovery of heavier consolidated areas of the stream. As these tasks were underway, First Call began coordination and mobilization of material handling and hauling equipment. Workers began solidifying and containing paint on the highway and shoulder to prepare for removal. The paint impacted embankment was also excavated for removal of the contaminant and terminate additional migration into the stream. Within 14 hours, start to finish, First Call Environmental was able to successfully cleanup this spill, remove the waste from the site, and restore normal traffic patterns to a busy interstate artery. Congratulations to the Richmond gang again!