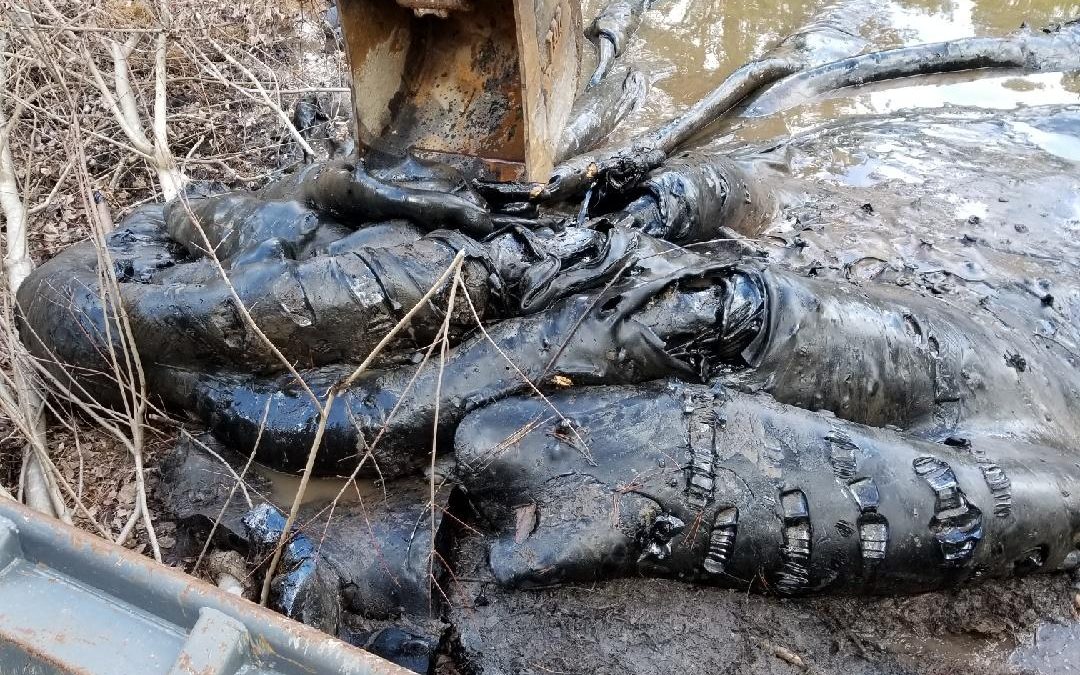 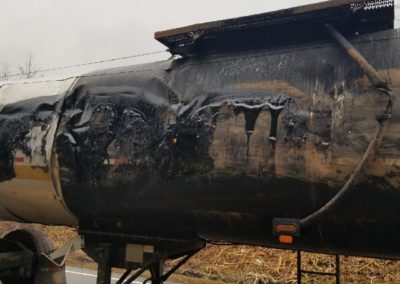 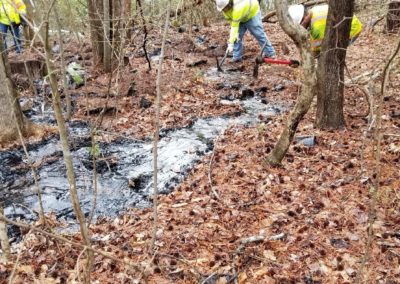 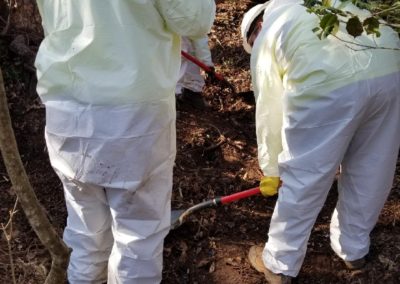 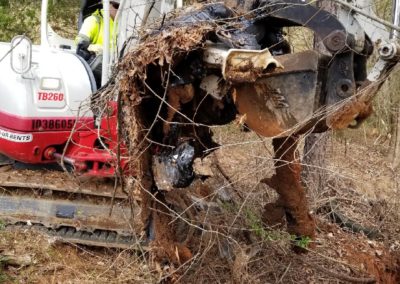 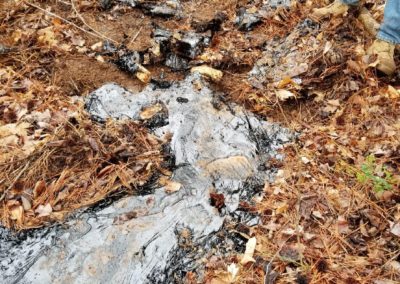 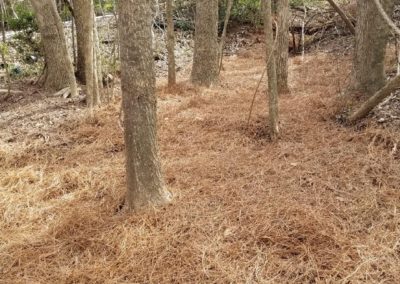 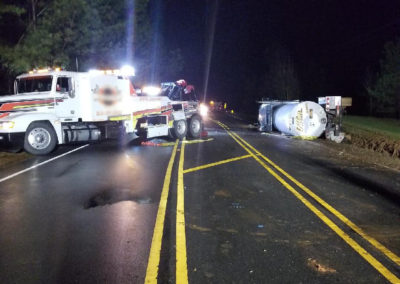 In early March on a cool evening, First Call Raleigh was requested to respond to an overturned tanker truck containing Asphalt on a busy secondary road near the capital city. Crews immediately made contact with the Fire command on scene to obtain additional information. The tanker was on it’s side in a ditch line. Several thousand gallons had leaked out via the man way, however, the leak was now secured. A wooded area and pond had been impacted by the spill.

Upon arrival, First Call reported to the command post and developed a plan of action. A local wrecker service was on scene to upright the tanker once cleared. The Fire Department had stopped the leak by securing the man way and the spill was contained with no further spread possible.

First Call performed a damage assessment of the tanker. The truck had swerved off of the roadway and corrected near a ditch line. There was minimal damage to the tank. Due to the product being transported at an elevated temperature, the product could not be transferred with a standard pump. The shipper did not have an empty tank with the ability to transport an elevated temperature product available. First Call worked to develop a plan of action. After calculating the estimated loss of 3000 gallons and speaking with the wrecker service and several representatives of the transporter, it was decided to upright the tank as is. A sand truck was staged downhill in the event of further release and the wrecker service worked safely and effectively to upright the tank. First Call then went to work to clean the spill. Using heavy equipment, impact to the drainage ditch was excavated and removed for disposal. Crews then went to work cleaning a wooded area and pond. This required hard labor and hand tools to avoid disturbing private property. The job was a success and restoration of the site was accomplished allowing a the State representatives to declare the site clean.