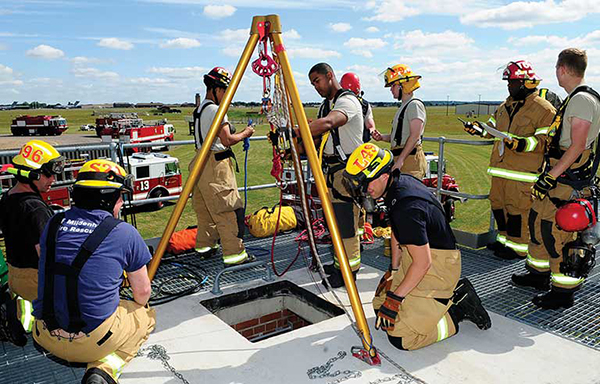 ‘I’ve done this a thousand times and I’ve never gotten hurt. I’ll be all right.’

Worker assumptions can be dangerous – particularly when confined spaces are involved. That’s because of the potential severity of the hazards associated with them and the need to quickly extract incapacitated workers.

Unless confined space hazards are respected and rescues are planned for and practiced, incidents can prove deadly for workers and rescuers alike.

‘I know what a confined space is.’

For workers who are experienced or savvy, this may be true. However, the sheer variety of confined spaces, along with regulations – often purposefully vague – can cause confusion and difficulties.

For example, trenches and ditches can be considered confined spaces “when access or egress is limited,” the Canadian Center for Occupational Health and Safety says. Other confined spaces include silos, vessels, storage bins, hoppers, vaults and pits, according to OSHA’s general industry regulations. In OSHA’s definition, a confined space must have each of the following characteristics:

That type of confined space differs from a “permit-required confined space,” which has at least one of the following characteristics: