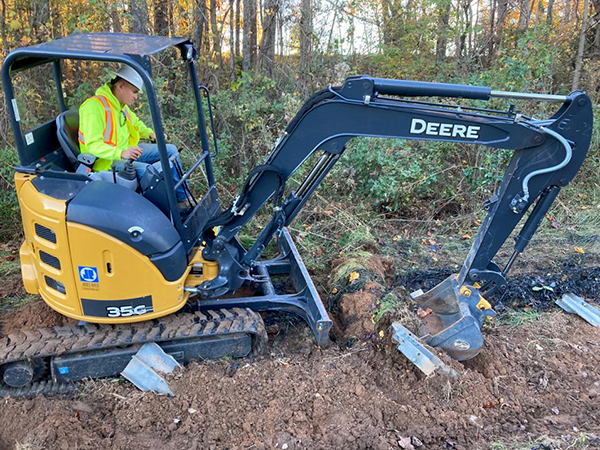 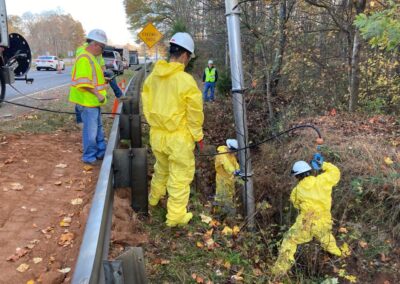 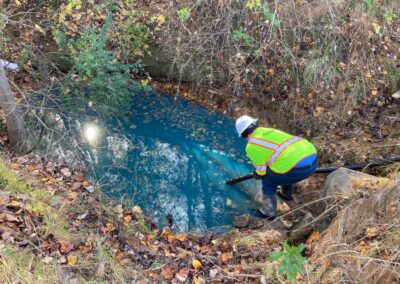 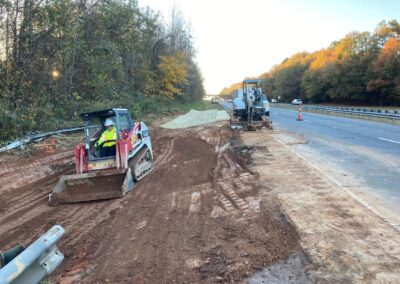 In December, First Call closed a large job in Mooresboro, NC Where a tractor trailer crashed and an estimated 300 gallons of diesel had been released; impacting the roadway, soil, and a ditch line containing water.

Upon their arrival, the FCE crew found a wrecker crew, the local Fire Department, State Troopers and a representative from the NC Department of Highways. The truck had not only released diesel from the saddle tank, but also motor oil. After securing the area with boom and Sta-Dri, it was determined that an Emergency Dig would be warranted. The Regional Manager, Rick Myers worked closely with the Project Manager, Josh Dix, to secure equipment, hauling and disposal options. A crew from the Southern Region arrived with the vacuum truck in order to work with the Appalachian crew.

The FCE crew began the task of pumping out the ditch line with the vacuum truck and removing contaminated soil from the area. They were only able to get so far before it was determined that larger equipment would be needed.

For the next four days, the crew continued to dig at the direction of a geologist; at one point hydro excavation took place, due to the large amount of diesel and motor oil still in the soil. Once the geologist confirmed the crew could stop digging, the crew backfilled and restored the area.

In total, this ER Dig resulted in:

This job is a great example of how ER digs can be successful even when they become more complicated.