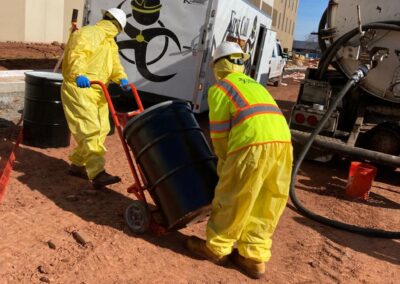 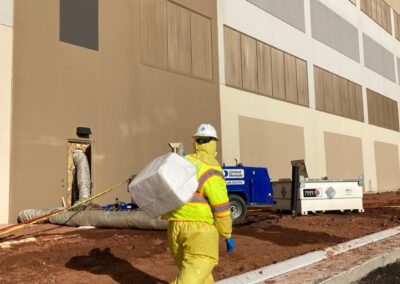 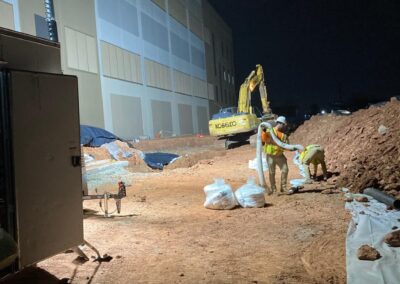 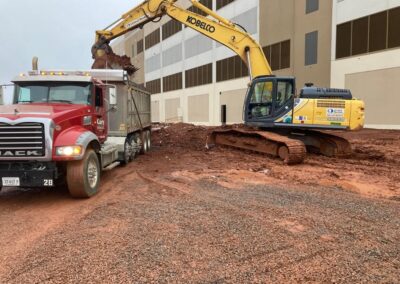 This month’s Project Spotlight takes place in Ashburn, VA where First Call responded to a release of 100-gallons of diesel from a 1,000-gallon tank. During the initial response FCE was able to collect the standing diesel and filled seven 55-gallon drums with waste. First Call then returned for several remediations as well as waste runs coordinated by Project Manager, Guy Allard, Area Manager, Jeff Coltz, Northern Director of Operations, Scott McKeague, as well as the Northern and Central region response teams. Without their exceptional communication and flexibility around inclement based weather this job would not have been the success it was. In total, First Call dug up over 690 tons of impacted soil for proper disposal. Way to go FCE!