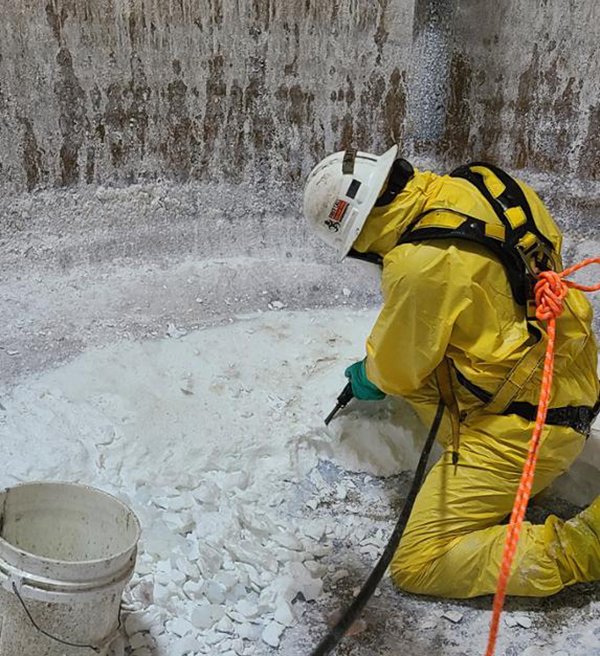 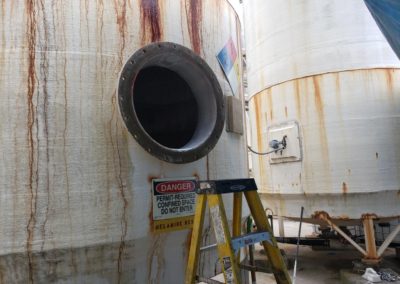 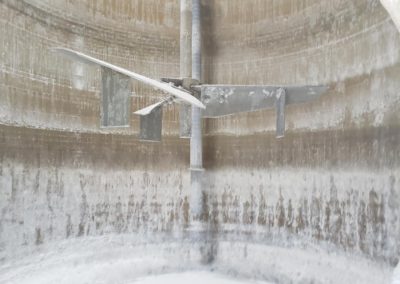 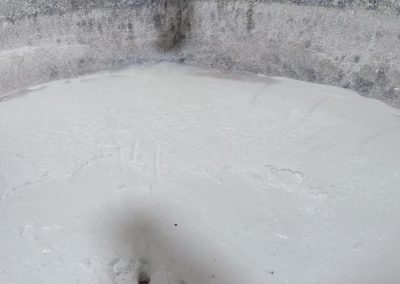 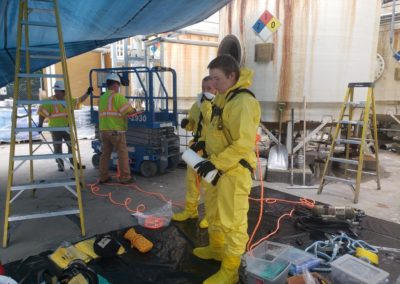 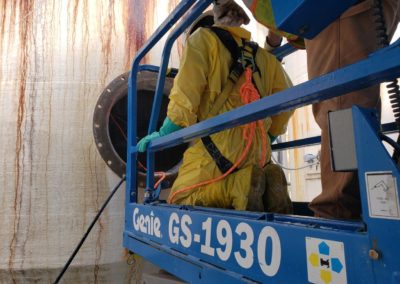 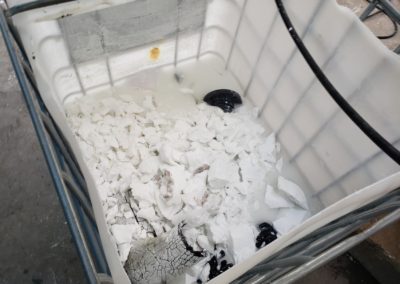 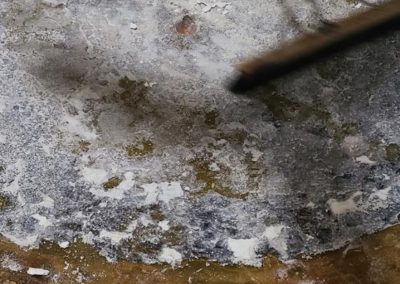 First Call was recently requested to assist a customer with an emergency confined space entry to remove a hardening resin material in order to return the tank to production. Facility personnel had attempted to remove the product from outside the man way with no success.

A team from the Raleigh, NC field office responded and as in every case, was prepared for the project scope and potential curve ball’s that may come up.

Upon arrival, the site supervisor Sean Farley noted that the resin was well beyond the reported sludge like consistency and had completely set in the bottom of the tank. It appeared to be 8″ thick.

With the tank being elevated and having an impeller, several challenges were already on the table. The team decided to utilize a lift in order to create a work platform for the team. A mechanical advantage system was assembled and lock out /tag out of all electrical systems performed.

Due to the fiberglass construction of the tank, crews planned to utilize hand tools to free the resin. After no success and a broken hammer from the very durable resin, crews decided to switch to a pneumatic chisel. Temperatures rising into the high 80’s and the North Carolina humidity made the work a challenge while utilizing Level C PPE.

After several long hours and one broken chisel, crews had removed all of the resin from the tank. Despite the many changes in scope, our team completed the project safety and ahead of the anticipated schedule.

From fuel spills to technical industrial projects, First Call can respond to any emergency. For more information on the First Call Difference, call 800-646-1290